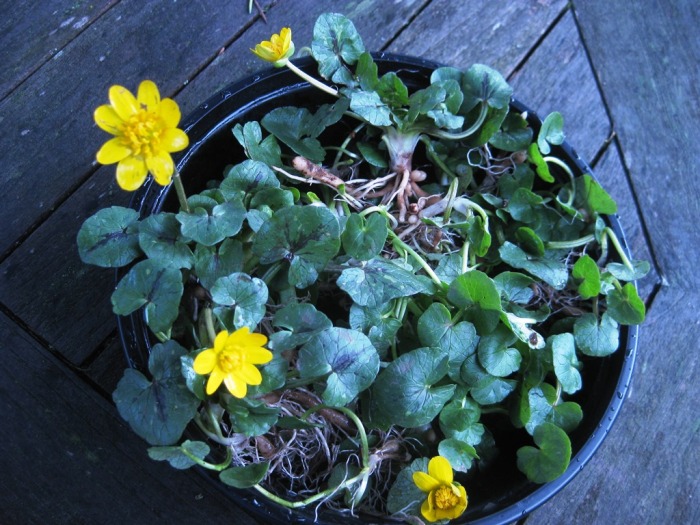 Lesser Celandine, one of the species WSDA is planning to add to the list of prohibited plants.

Update 5/24/2016:  Washington State Department of Agriculture (WSDA) will be holding a public hearing on June 9 to seek comment regarding six proposed additions to the Prohibited Plant List (also known as the Quarantine List). The State Weed Board requested the addition of four of the proposed species and the Department of Ecology requested two of them. The proposed additions are:

The hearing takes place at 9:00 on Thursday, June 9 in the Natural Resource Building, located at 1111 Washington St. SE, Olympia, Washington on the second floor in room 205. Comments regarding the proposed changes to WAC 16-752 can be made in person by testifying at the hearing, by mail to: WSDA – Plant Services, Attn: Cindy Cooper, P.O. Box 42560, Olympia, WA 98504-2560, or by email to ccooper@agr.wa.gov.  Comments can be received up through the time of the public hearing.

Original post:  The Washington Department of Agriculture plans to add six noxious weeds to the list of plants prohibited from being sold or transported in the state. All of the plants are non-native and if not quarantined could get a foothold and harm the environment or agriculture or both, according to officials.

Like Loading...
‹ Puget Sound Corps to the Rescue
May flowers you don’t want to see in your garden ›