Poison-hemlock, the toxic cousin of the carrot, is easy to spot in April. Look for the large mounds of bright green, lacy-looking leaves on stout, purple-spotted stems rising up above the grass. It’s important to recognize because poison-hemlock (Conium maculatum) is acutely toxic to people and animals.

Although there are many poisonous plants in the world, this particular one worries me more than most because it is so common around homes and places where people grow and collect food, and because it so closely resembles edible plants. If you have a garden, work in a school, manage a park, belong to a p-patch, or just take walks on city trails, you should definitely know how to identify and avoid poison-hemlock. 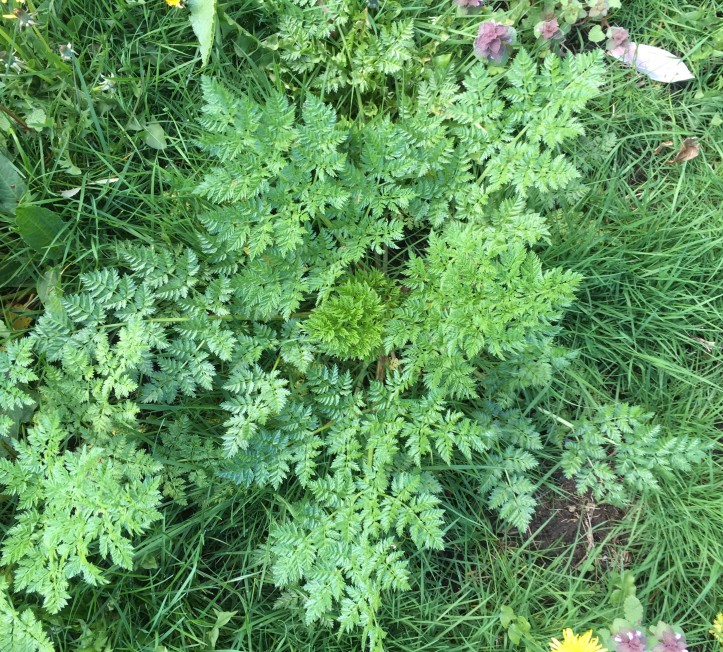 Poison-hemlock leaves are divided into segments like a carrot or parsley leaf, so they won’t help much in distinguishing the plant. However, poison-hemlock stems and leaf stalks have purple or reddish blotches. Also, poison-hemlock stems aren’t hairy like wild carrot, giant hogweed or rough chervil stems, the plant produces many small umbrella-shaped clusters of tiny white flowers rather than one central bloom, and the leaves have a strong, unpleasant musty smell. Poison-hemlock is also very large, usually growing 4 to 8 feet tall when flowering.

Poison-hemlock is a biennial, meaning it takes two years to flower. The tall, skeleton flower stalks you might still see in spring mark the remains of plants that died after releasing anywhere from 1,500 to 39,000 seeds over the fall and winter. New seedlings that have been sprouting since late last summer will be building up root mass during this growing season and most won’t flower until next year. However, the large clumps starting to get tall that you see in April are second year plants that are building up the energy to flower this year starting around June.

All parts of the plant are poisonous and even the dead canes remain toxic for up to three years. The amount of toxin varies and tends to be higher in sunny areas. Symptoms appear 20 minutes to three hours after ingestion. The typical symptoms for people include: dilation of the pupils, dizziness, and trembling followed by slowing of the heartbeat, paralysis of the central nervous system, muscle paralysis, and death due to respiratory failure. For animals, symptoms include nervous trembling, salivation, lack of coordination, pupil dilation, rapid weak pulse, respiratory paralysis, coma, and sometimes death.

Although eating poison-hemlock is the main danger, toxins can also be inhaled or sometimes even taken in through the skin. A woman told me a scary story about becoming ill after she pulled a large amount of poison-hemlock on a hot day because the toxins were absorbed through her skin. People have also fallen ill after mowing poison-hemlock because of breathing in the toxins. Definitely wear gloves when handling this plant and use a dust mask when mowing large stands.

For both people and animals, quick treatment can reverse the harm and typically there aren’t noticeable aftereffects. If you suspect poisoning from this plant, call for help immediately because the toxins are fast-acting – call poison-control 1-800-222-1222 for people and a veterinarian for animals.

Besides the nasty side-effects, the other problem with poison-hemlock is that it is very competitive in our nice, mild climate and can spread aggressively in backyards, gardens, along edges of fields, roads, ditch banks and into crop fields. Poison-hemlock is also sneaky. It looks an awful lot like carrots, parsley, fennel, chervil, anise and other edible members of the carrot family, making it a risk to people and children sampling wild plants.

In King County, poison-hemlock falls into the category of noxious weeds that are so widespread that control is not required. However, public agencies, and all of us really, should try to remove it if at all possible, or at least keep it out of areas accessible to people or animals. If you have poison-hemlock, it can be controlled by digging up young plants or pulling up flowering stems, making sure to get most of the root to prevent re-sprouting. Put plants in garbage bags and discard with trash, not yard waste. The plant is poisonous even when dry and makes so many seeds that we really don’t want this plant in our compost!

For more information, please visit our website or read past articles about poison-hemlock on this blog:

Don’t eat this plant! Poison-hemlock may be growing near you.

Also check out our multilingual posters alerting people in gardens to avoid this plant. Contact us if you would like a poster for your community garden or park (or download posters from our website). 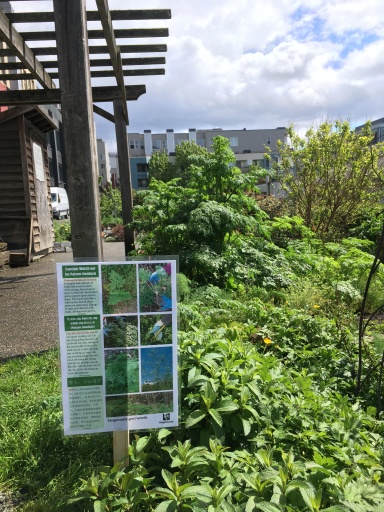 Posters alerting people to poison-hemlock can be posted at community gardens or other public places. 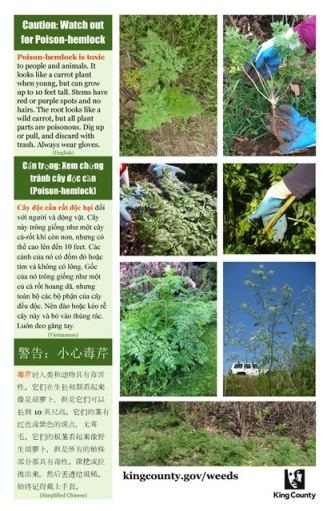