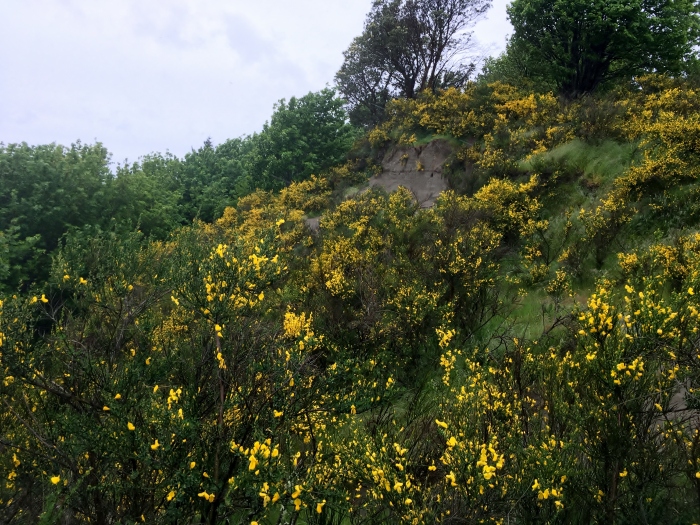 A large stand of Scotch broom at Discovery Park in Seattle.

On a cold and rainy May morning, I walk with Weed Specialist Karen Peterson along the bluffs at the west edge of Seattle’s Discovery Park. As usual, we’re here to control weeds—in this case, a large stand of Scotch broom (Cytisus scoparius)—but we’re not doing it in the usual way. I’m holding what looks like a pint of ice cream with a sticker where its flavor should be. “Release on: SCOTCH BROOM,” the sticker reads. And on the next line: “KEEP INSECTS COOL.” When we reach a sandy trail that switchbacks down the slope, Peterson stops and pulls out a soggy map. “This is it,” she says, and clambers down. 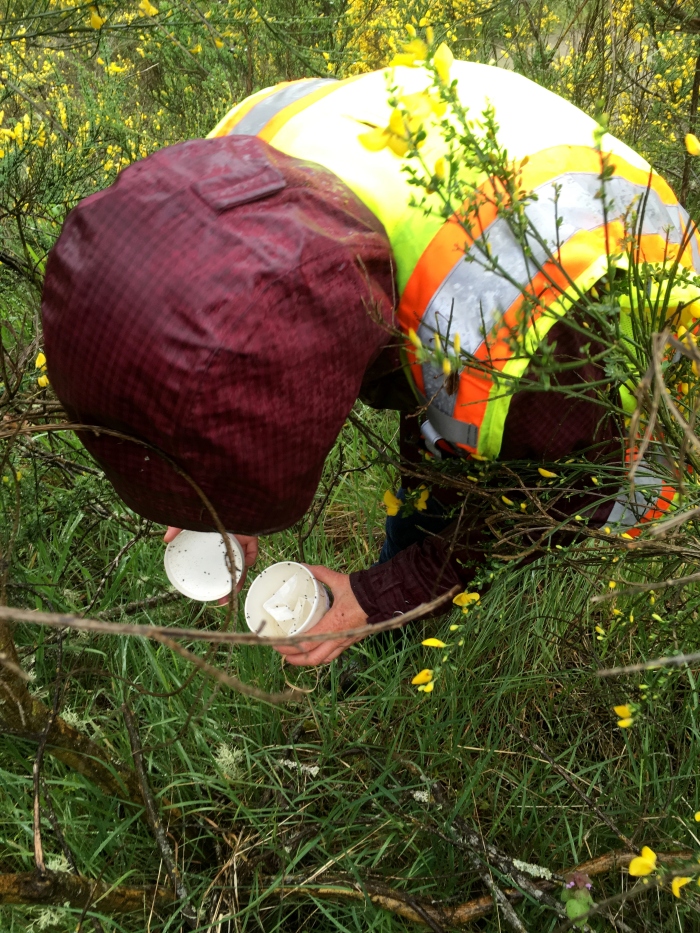 The Scotch broom bruchid (Bruchidius villosus) is a 2-mm-long dark gray beetle that looks, to many of us, almost impressively unassuming. It’s also one of two common biological control agents for Scotch broom in King County. The other is the equally inconspicuous Scotch broom seed weevil (Exapion fuscirostre).

Every spring, Scotch broom bruchid females lay their eggs on their namesake plants’ seed pods. One to two weeks later, each newly hatched larvae digs its way into a seed, where it eats and pupates, emerging when the seed pod opens in July or August. Scotch broom seed weevil has a life cycle similar to that of the Scotch broom bruchid, but eats the seeds’ outer rims.

By destroying Scotch broom seeds, the two beetles inhibit the noxious weed’s spread—sometimes by huge amounts. For instance, in North Carolina the bruchid often destroys more than 80% of Scotch broom seeds. In our area, the success rate is as high as 95%, though it varies significantly across sites. 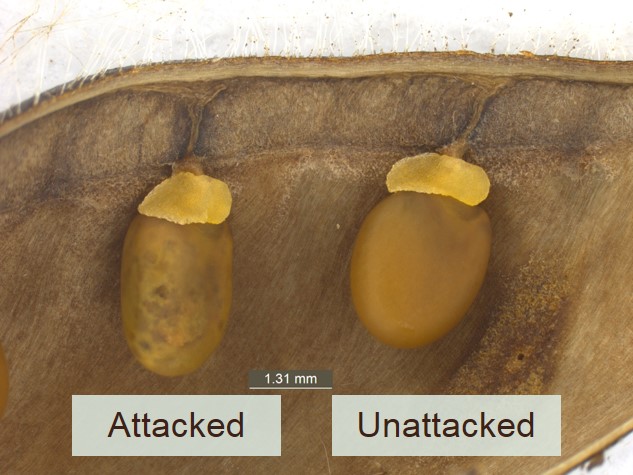 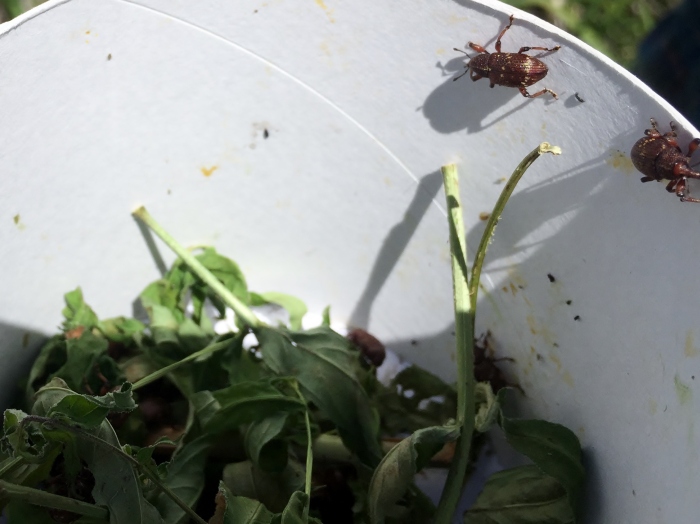 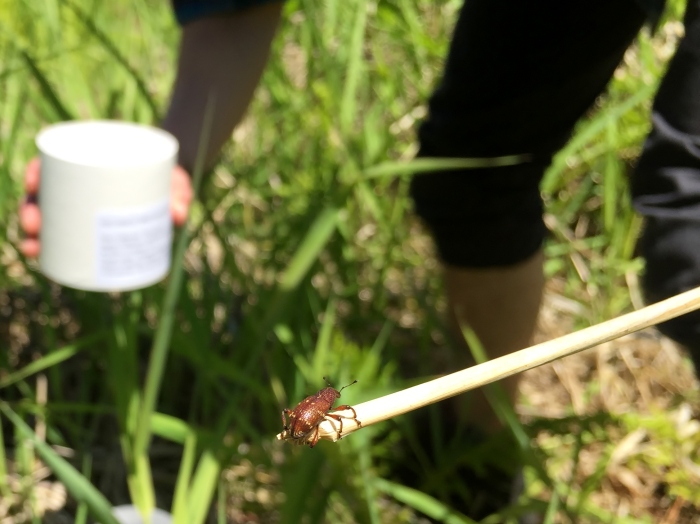 A loosestrife root weevil arrives at its new home.

Though the loosestrife root weevil is much larger than the two Scotch broom beetles, the hard work of all three insects is easy to overlook. As with many biological control agents, their actions take time to produce results. Biocontrol agents aren’t “magic bullets” for noxious weed control, but they’re often an important part of an Integrated Pest Management plan. The Scotch broom bruchid, Scotch broom seed weevil, and loosestrife root weevil are just three of many such agents for noxious weeds in King County. All told, biocontrol agents exist for nearly twenty of Washington’s noxious weed species, doing their part to help us reduce the impacts of noxious weeds in King County.

For more on purple loosestrife, visit: